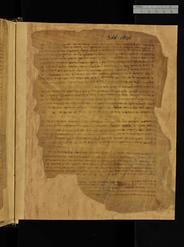 Samaritan Pentateuch MS Add 1846. Contains the Samaritan Hebrew text of Gen 1:28–Deut 33:1. Add.1846 is believed to be the earliest extant manuscript of the Samaritan Pentateuch and dates from the early 12th century CE. Epigraphs and scholia in Samaritan Hebrew/Aramaic and Arabic follow the end of each biblical book. They are in various hands. The copying of the book itself is the product of five different hands. To find out more information visit the Cambridge Digital Manuscripts website. 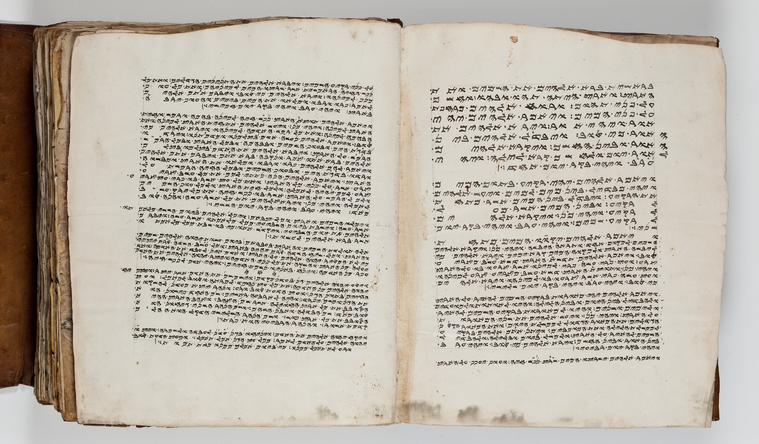 Vellum manuscript with Samaritan (Paleo-Hebrew) script and Islamic-style leather binding. Exodus 16 features a "tashkil" (colophon, or, statement of responsibility), written vertically, in characteristic Samaritan manner, one letter on top of the other, to avoid possible confusion with the biblical text proper. It reads: Mikhtav Abraham Nesiah (the writing of Abraham the Nasi, i.e., president, patriarch, prince, or member of the royal family). A second colophon further on in the manuscript is also written vertically and extends over several pages of Deuteronomy: "I, Abraham son of Israel son of Ephraim son of Joseph the Nasi, King of Israel (Melekh Yisrael), wrote this copy of the Holy Torah myself for my children in the 629th year of the Islamic ascendancy, corresponding to the 3,200th year of Israelite settlement in the land of Canaan, anno mundi 5993. It is the 74th Torah that I have written and I am now sixty years old. I give thanks to the Lord and entreat him to prolong the life of my children and grandchildren that they may study from it. Amen, amen, amen."

This Pentateuch was copied in 1339 by the scribe Abraham ben Jacob ben Tabya ben Sa'adah ben Abraham of the Pijma family. It is written in Samaritan majuscule Hebrew characters, and is typical of the Damascene scribal tradition. The Decalogue is indicated by an alphanumeric marking in the margin at the left of the text.