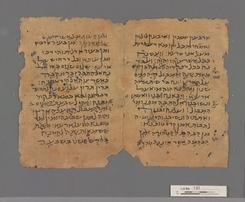 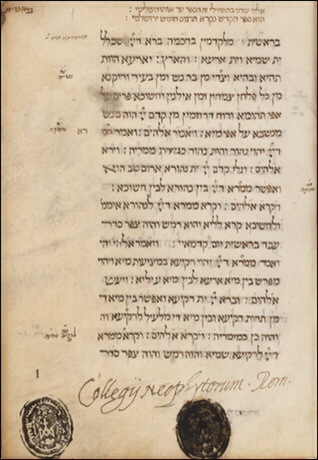 Targum Neofiti is the largest of the Western Targumim on the Torah, or Palestinian Targumim. It consists of 450 folios covering all books of the Torah, with only a few damaged verses. This is a manuscript of Targum Neofiti from the early 16th century.

Jerusalem Targum on the Pentateuch is an unvocalized, 16th century manuscript written in Jewish Babylonian Aramaic. It is available from the British Library here.

Codex Ambrosianus refers to five manuscripts, c. 6th - 11th century CE, written by different hands and in different alphabets in Syriac. The codices contain scattered passages from the Old Testament (Nehemiah) and the New Testament (including parts of the Gospels and the Epistles). It is therefore likely that the text had been somewhat modified by copyists.

Codex Ambrosianus Syro-Hexapla (not to be confused with Codex Ambrosianus above) is a 6th - 7th MS of Origen's Hexapla in Syriac. It contains the Syriac Bible and important witnesses to Aquila, Symmachus, and Theodotion in the margins. Click here to access the MS.