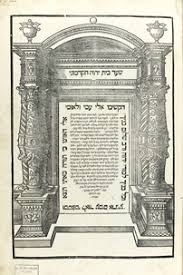 The Second Rabbinic Bible is the Hebrew Masoretic text which is believed to have been used as the source text by the King James Bible translators for the Old Testament. The margins contains copious notes about the text in Hebrew. Yaakov ben Hayyim (also known as Jacob ben Hayyim ibn Adonijah or Ben Chayyim), a Masoretic scholar who became a Christian, helped compile the text and notes. The four volumes were first published by Daniel Bomberg in Venice. 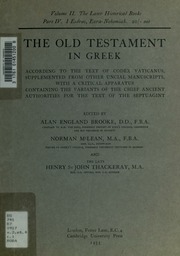 The Larger Cambridge Septuagint is a reproduction of Codex Vaticanus with a critical apparatus.  This project is incomplete. It only contains Genesis through Esther from the Old Testament and 1 Esdras, Tobit, and Judith from the Apocrypha.

The first scholarly edition of the Old Latin Bible ("Vetus Italica") was the work of the French Benedictine monk Pierre Sabatier († 1742), who assembled Old Latin biblical citations from the works of around 60 Church Fathers and published them in three large volumes. 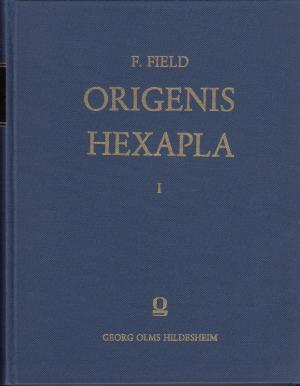 The Origenis Hexaplorum quae supersunt (Oxford, 1867–1875) is a critical edition of the extant fragments of Origen's work of that name, together with materials drawn from the Syro-hexapla version and the Septuagint of Robert Holmes and James Parsons (Oxford, 1798–1827). The surviving fragments are now being re-published (with additional materials discovered since Field's edition) by an international group of Septuagint scholars. This work is being carried out as The Hexapla Project under the auspices of the International Organization for Septuagint and Cognate Studies, and directed by Peter J. Gentry (Southern Baptist Theological Seminary) and Alison G. Salvesen (Oxford University).