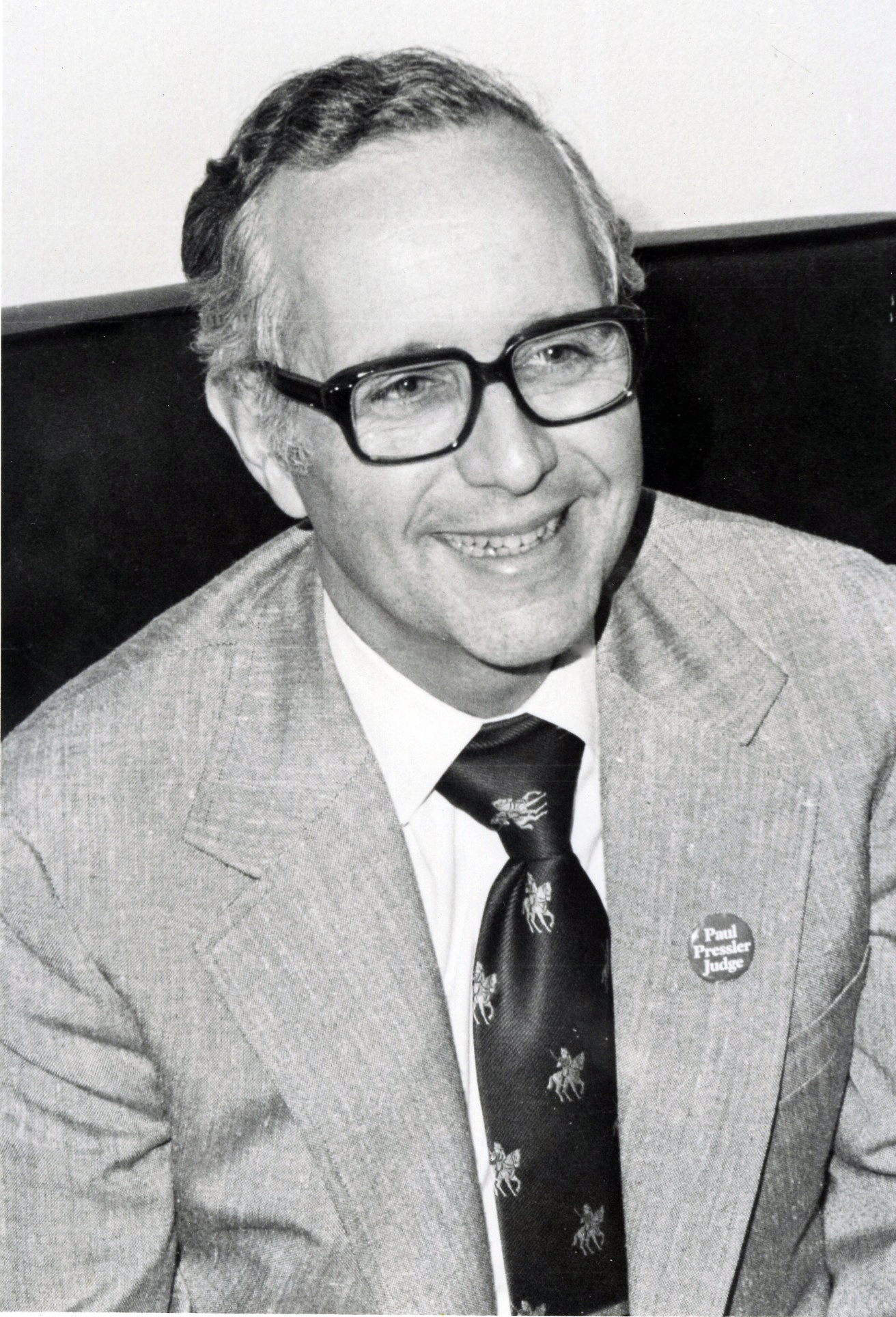 Biographical Note: Judge Paul Pressler (1930 -  ) is a former Texas District Court and Appeals Court Judge, and a key leader in the Conservative Resurgence in the Southern Baptist Convention (SBC).

Pressler attended Princeton University and the University of Texas Law School. He practiced law before he was appointed to the 133rd District Court in 1970 by then Governor, Preston Smith. He retired in 1993, after which he established a law practice in Houston.

Beginning with his response to the publication of Ralph Elliott’s book, The Message of Genesis, in 1961, at Second Baptist Church, Houston, Texas, Pressler was active in efforts to achieve doctrinal corrections within the SBC. After helping lead the Conservative Resurgence with others like Paige Patterson, Pressler served on the Executive Committee of the SBC from 1984 to 1991 and the Foreign Mission Board (now International Mission Board) from 1992 to 2000. Pressler recorded his reactions to and observations about the Conservative Resurgence in his 1999 book, A Hill on Which to Die: One Southern Baptist’s Journey.

Scope and Contents: This collection contains correspondence, news clippings, periodicals, audio-cassette tapes, video-cassette tapes, compact disks, books, and other materials dating from 1873–2014 that were created and collected by Paul Pressler. It documents both sides of SBC controversies in the latter half of the Twentieth Century. Unique to this collection are a number of audio cassette recordings of Judge Pressler’s Crown Sunday School class. Additionally, this collection documents the legal career, political activities, and campaigns of Judge Pressler and includes twenty-two volumes of West’s Texas Cases containing cases written by him. Artifacts including two office chairs and a desk are also part of the collection.